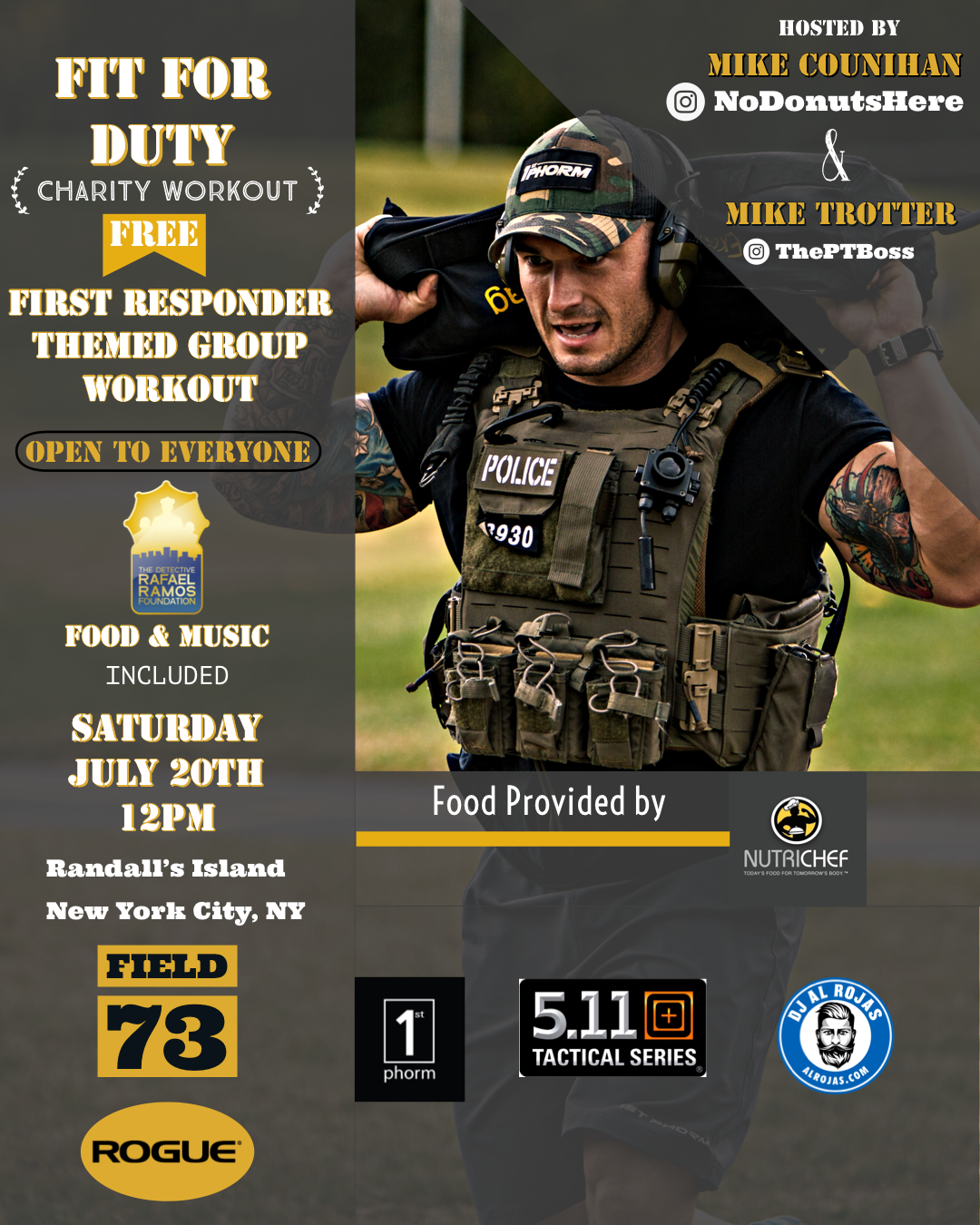 Michael Counihan and Michael Trotter have organized their second annual “FIT FOR DUTY” training experience and have decided to Donate all proceeds to The Detective Rafael Ramos Foundation and Blue Lives Matter NYC.

This event was designed to build camaraderie among first responders as well as reinforce relationships with the people of the community.”

Michael Counihan better known for his transcending Instagram profile "No Donuts Here" to create the ultimate first responders charity workout for all to enjoy!

Michael's fitness journey began at age 12. Originally a high school football player, he went on to play middle linebacker at Pace University, where he earned a degree in Criminal Justice. After college, Michael became a personal trainer before pursuing his dream of becoming a police officer.

He then began coordinating workouts on his personal time which are designed for first responders, but open to everyone to help improve relationships between the public and police.

The last few years have been a dream come true for Michael; becoming an Elite Sponsored Athlete with 1st Phorm in 2015, he then landed the cover of Ironman magazine in 2017, while being featured in Men’s Fitness and Simply Shredded. New York Post named him “New York’s Fittest” and has been featured on Good Day New York, Fox and Friends and most recently, Good Morning America.

Michael Counihan, has made it a point to use his platform @nodonutshere to send out a positive message encouraging not only first responders, but everyone to live a healthier lifestyle, while shining a positive light on law enforcement.